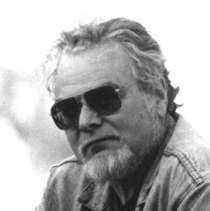 Michael Kurland is a writer of Speculative Fiction and Mystery Fiction. Michael Kurland is also a character in the Hugo-nominated science fiction novel, The Butterfly Kid, by Chester Anderson (which also starred Anderson), and its sequel, The Unicorn Girl, by...Michael Kurland (which introduced the character of Tom "T.A." Waters, who wrote the third book in the series). The entire series can be found at The Greenwich Trilogy.

Kurland has also written two novels in the Lord Darcy series, and a variety of other SF, and the Professor Moriarty series featuring the Sherlock Holmes villain as an Anti-Hero. The first of the Moriarty novels, The Infernal Device, was nominated for an Edgar award.

Works by Michael Kurland include:

Other works provide examples of: