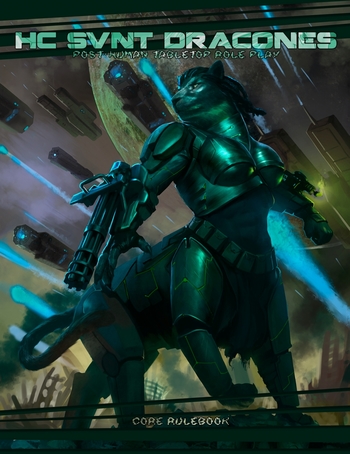 Hc Svnt Dracones is a Post-Cyberpunk posthuman Furry RPG that takes place 700 years after baseline humanity's extinction in the aftermath of a nuclear war between the traditional nation-states and corporations. The solar system is now mostly populated by "Vectors" produced from a blend of human and animal genes who live under the rule of Mega Corps.

The seven major Megacorps that own the majority of the Sol system include:

The novels have a page in progress at Hc Svnt Dracones.