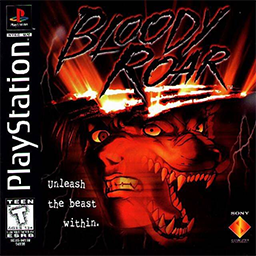 The unrelenting call of the wild courses through my body. The tremble of these fingers cannot be stopped. The real me... the facade of a man crumbles, and my true self awakens, with a primal scream!
—First game opening narration, by Paul Eiding
Advertisement:

A fighting game franchise published by Hudson and co-developed with 8ing. The series centers around humans who can transform into animals called Zoanthropes.

The fighting system (somewhat reminiscent of Fighting Vipers) is a basic 3 button layout with a punch, kick and beast change. The special thing about this franchise is the ability to morph into a beast form with access to different attacks, special moves, and essentially another health bar. The latter bar is charged with damage dealt and received when in normal form, then takes over for most damage received when in beast form (while also allowing a small amount of the damage dealt to the health bar to be regenerated while in beast form), the difference being that depleting the beast meter simply brings that fighter out of beast form.

There are 5 games in the series, most of which were released on PlayStation consoles.