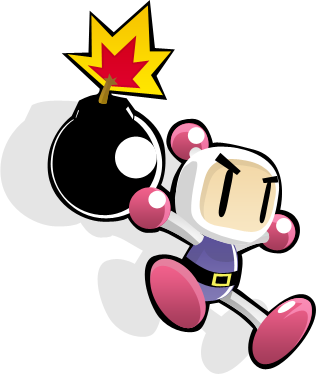 Bomberman, Bomberman
Mass destruction across the land.
Makes a bomb, any size.
And he's yours, to customize.
Look out! Here comes the Bomberman!
— Commercial

for Bomberman 64, sung to the tune of the Spider-Man (1967) theme
Advertisement: