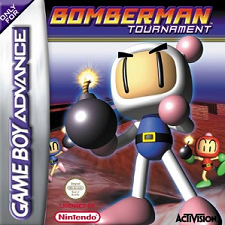 Bomberman Tournament (Bomberman Story in Japan) is a 2001 installment in the Bomberman franchise for the Game Boy Advance. The game differs from the usual game format by being more Bomberman meets The Legend of Zelda (similar to Bomberman Quest), with a side of Pokémon. It does, however, retain the classic multiplayer.