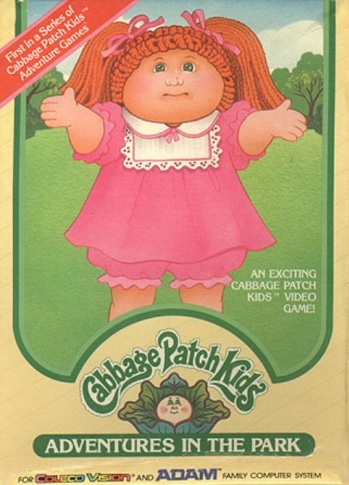 Cabbage Patch Kids: Adventures In The Park is a video game developed by Konami and released for the ColecoVision and the MSX.

It is a reskin of their earlier game, Athletic Land

, based on the popular Cabbage Patch Kids franchise from the 1980s. In the game, you control Anna Lee as you try to safely guide her to the other end of Babyland Park while avoiding obstacles that are in her path, such as bouncing balls, flying fish, and various types of insects.