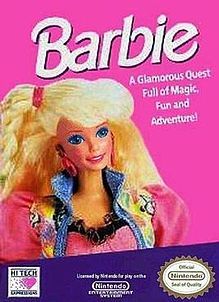 Barbie is a 1991 platformer video game that was created by Imagineers for Hi-Tech Engineering.

The plot has Barbie having dreams about a date with Ken for the following day after reading a book and her dreams entailing all sorts of adventures that she could encounter.