Signed Up for the Dental 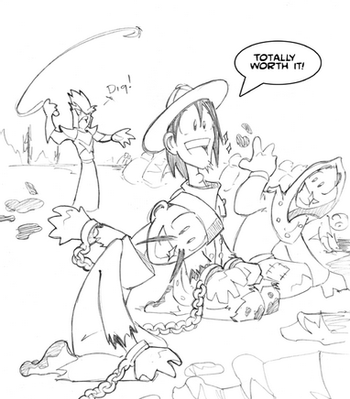 They have to endure backbreaking slave labor, but at least they have smiles to be proud of.
"Facing death every day is a tough job for any man. But his hours are flexible, and he's got a great dental plan."
— Spy Hard theme song
Advertisement:

Characters in fiction sometimes have a specific job not because they like the job or something, but the job just has some very specific benefit that they want. Health plans, especially dental, are popular.

For our non-US readers: the United States does not have a government-sponsored health insurance system except for veterans, elderly (Medicare), and extremely poor (Medicaid)note Currently a participant must also fall under one of several covered groups such as having a disability. - for most Americans, most or all of their coverage is from private companies or organizations. For healthy working-age adults, health insurance is a common benefit at a workplace (due to wage restrictions during World War II encouraging benefits in place of offering higher wages) and can vary greatly in quality between jobs. Dental insurance plans are usually separate items from regular health insurance, which is why "dental" is commonly said instead of "health".

This trope can also encompass other things too, but normally, it's just small things that they want.

Makes it even more hilarious if the character who wants that specific benefit has no way to use it. (Such as a life insurance plan for an immortal being.) See also Healthcare Motivation, Working for a Body Upgrade and I Control My Minions Through....

Frederick Langston agreed to work for the Bureau not because of any fulfilling reason other than it having better benefits than the post office.

Frederick Langston agreed to work for the Bureau not because of any fulfilling reason other than it having better benefits than the post office.