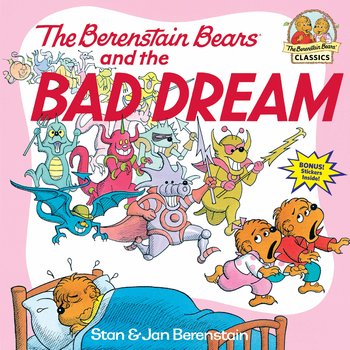 He shouldn't have watched a scary movie before bedtime.
Advertisement:

Dreams are weird. If a person can imagine it, they can dream it, no matter how surreal, out-of-character, or frightening it may be. With the endless possibilities that exist, occasionally a creator would want to take full advantage of it, and have an entire episode dedicated to exploring the dreams of one or more characters.

While All Just a Dream sets this as a surprise, these episodes play no tricks- the audience knows they're in for a story about a dream, and so the story can be as surreal and strange as can be without breaking the suspension of disbelief or tipping off the audience to any twists. A character may in fact be aware that they're dreaming, while still victim to the oddities of dreamworld. The dream could also be a nightmare, most likely leading to An Aesop about facing one's fears, or even a particularly odd day-dream or hallucination. Sometimes, these dreams may manifest as a Shared Dream between all the characters.

To qualify, this part of a work must be devoted to or heavily reliant on the dream aspect; otherwise, it's just a Dream Sequence.

Similar to All Just a Dream and the typical Dream Sequence, this could possibly end in the character asking, Or Was It a Dream? This is not to be confused with an episode the fanbase had been dreaming of for a while, a la And the Fandom Rejoiced. Finally, see also Fever Dream Episode, which is this trope meets Sick Episode, and Adventures In Coma Land.