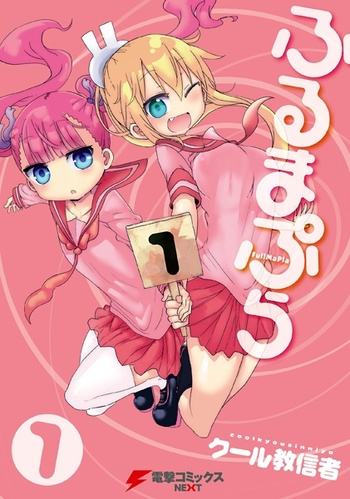 FullMaPla (ふるまぷら) is a School Girl Series Yonkoma by Cool-Kyou Shinsha about an Odd Couple consisting of resident Genki Girl Kyou Houenji, and Makoto Sain, a quiet girl who only communicates with signs numbered between 0 and 10.