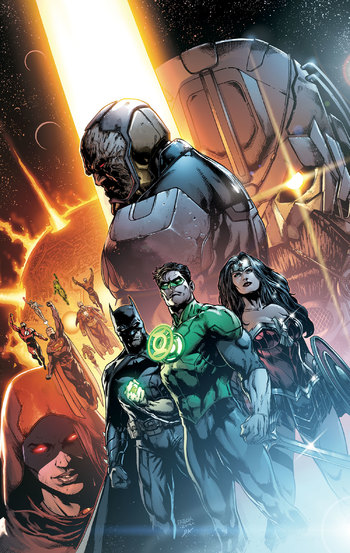 Comics involved in "The Darkseid War"

The story also serves as a sort of lead-in to the DC Rebirth relaunch, helmed by Johns. It received a follow-up in James Robinson's run on Wonder Woman (Rebirth).

"The Darkseid War" contains examples of:

Batman: The chair didn't give me a name. It said there were three.