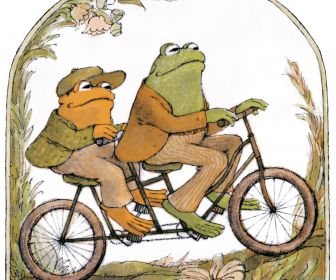 A series of children's books by Arnold Lobel, concerning the adventures of Frog and Toad, who are friends.

There is a musical adaptation called A Year with Frog and Toad. The stories were animated for The BBC schools programme Words and Pictures.

There is also an Animated Adaptation of two Frog and Toad books, made by Churchill Films in 1985, and voiced by Will Ryan and Hal Smith.