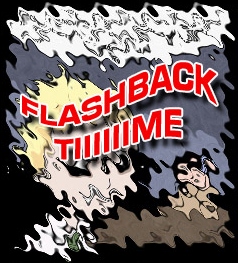 The use of Camera Tricks and other paratextual elements to distinguish flashbacks, flash forwards, Imagine Spots and occasionally dreams from normal, in-the-present action.

These are very helpful on those occasions when there's nothing in the event itself to specify when it takes place.

Common ways of doing this include:

A Super-Trope to Flashback... Back... Back..., Monochrome Past, Happy Flashback, and Troubled Backstory Flashback. See also Pastel-Chalked Freeze Frame. Not to be confused with Flashback Cut.