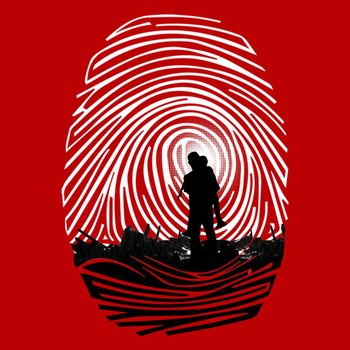 Smaller and Smaller Circles is a Filipino crime novel by journalist and media worker F. H. Batacan. Set in metropolitan Manila in the summer of 1997, it follows the adventures of a pair of Jesuit priests who moonlight as Amateur Sleuths and are sometimes asked to solve murders. The novel won the Carlos Palanca Grand Prize for the English Novel in 1999 and was first published in novella form in 2002.

Young boys from the slums have been turning up dead in Payatas, the largest sanitary landfill in Metro Manila. Most of them have been gruesomely murdered and eviscerated in creepily consistent fashion. But because Police Are Useless and the government places little priority on solving urban crime (or indeed on anything other than filling its higher-ups' pockets), nobody seems to notice or care that this is possibly the work of a Serial Killer... until a pair of Jesuit priests, Gus Saenz and Jerome Lucero, are brought in on the case. Saenz, with his foreign training in forensic anthropology, and Lucero, with a background in clinical psychology, put their minds together to track down the suspect, all the while dodging Obstructive Bureaucrats within the National Bureau of Investigation and helped along on the outside by Intrepid Reporter Joanna Bonifacio.

In 2015, an expanded international edition of the novel came out, adding considerable backstories and several new characters, and a film adaptation

debuted on 6 December 2017, produced by TBA Studios, the same outfit that made Heneral Luna and Goyo: Ang Batang Heneral. The film has a significant transmedia component, including a sort of social media game where users can pretend to chat with the Serial Killer on Facebook and get various answers. The producers also released a YouTube miniseries purporting to be a compilation of segments from Joanna Bonifacio's show, First Person, complete with era-appropriate scan lines.

Smaller and Smaller Circles contains examples of the following tropes: