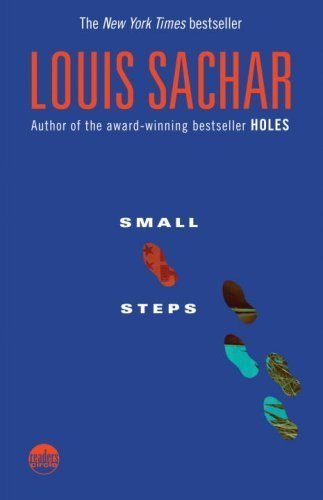 Small Steps is a young adult novel by Louis Sachar. It is a sequel to Holes which follows Theodore ("Armpit") and X-Ray after their release from Camp Green Lake.

Two years later, Armpit is trying to finish passing high school, earn some money, and get his life back on track. X-Ray, however, plans a get-rich-quick scheme with him by scalping tickets. Those tickets, however, are for the concert of Kaira De Leon, a troubled teen pop singer. Their lives intersect in unexpected ways.