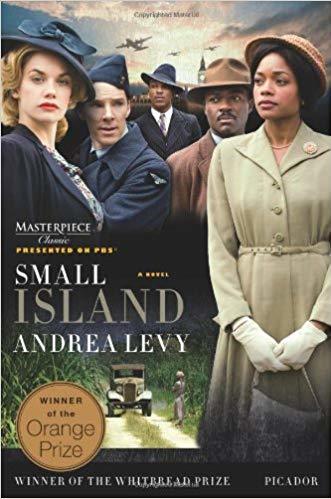 Small Island is a 2004 novel by Andrea Levy. It is set mainly in Britain in 1947-48, and examines the experiences of Jamaican immigrants dealing with an unfamiliar culture and a considerable amount of racism, as well as the relationship between British colonies and their 'mother country'. Notable for its multi-perspective, nuanced examination of racist attitudes and its detailed portrayal of post-war Britain, it was chosen by the Guardian as one of the 50 defining books of the last decade, and adapted into a BBC miniseries in 2009.

The novel is written from the perspective of four main characters:

The novel provides examples of the following tropes: