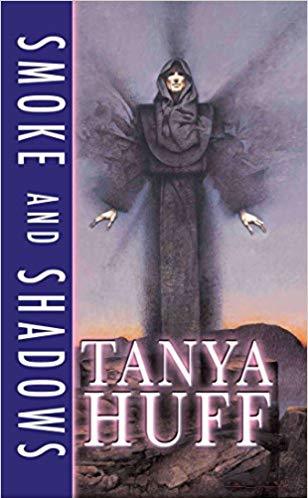 The Smoke and Shadows trilogy is a followup to Tanya Huff's Blood Books. It takes place a few years after the end of the Blood series, in Vancouver, and features Tony Foster as the lead character. His ex Henry also appears in the series.
Advertisement:

Tony is a 20-something gay production assistant on the Vampire Detective Series show Darkest Night, who discovers that their "special effects wizard" Arra Pelindrake is an actual wizard. And Tony is one as well. After they fight off the invasion of a Shadowlord from Arra's own world, Tony is left alone to deal with any and all supernatural things that happen to the Darkest Night cast and crew.

There is also a published short story, "See Me", in the anthology Those Who Fight Monsters: Tales of Occult Detectives.