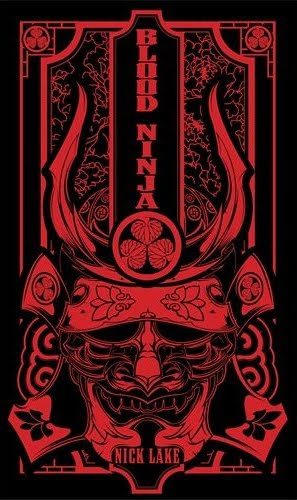 Blood Ninja is a 2009 action-fantasy novel written by Nick Lake.

The novel starts with young Taro's sickly father's death at the hands of ninja. Another ninja immediately pays a visit and assassinates the other ninja. He then convinces Taro's mother to fake her death and flee, giving her a messenger pigeon. Taro's own escape isn't easy, though - a horde of the first ninja's allies come to take him by force, and even with the backup of his best friend Hiro, Taro ends up dying in the fray.

Immediately the "good" ninja takes Taro and bites into his neck, effectively bringing him Back from the Dead, just in time to start the story. This ninja, named Shusaku, proceeds to explain how all ninja are vampires and, since Taro has been turned, he will also become a ninja. Together with Hiro, they will journey to the home base of Shusaku's ninja clan and later, find Taro's mother.

Do not confuse with bloodninja.

The novel and its sequel contain the following tropes