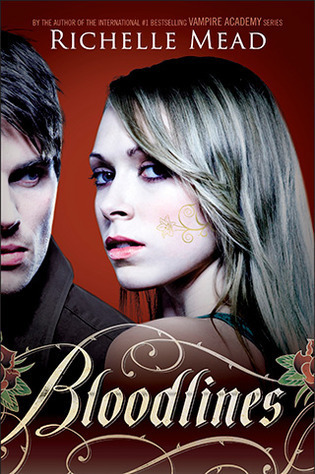 Bloodlines is a spin-off series of the Vampire Academy series written by Richelle Mead. The series follows Sydney Sage, an Alchemist who is assigned to protect Jill Dragomir, a Moroi princess and the illegitimate half-sister of the new Moroi Queen, Vasilisa Dragomir.

Jill, Sydney and Jill's dhampir guardian Eddie Castile enroll in the human boarding school, Amberwood Prep. However, they are not as safe as they initially thought.

If you were looking for the Magic: The Gathering novel, that's here. Not related to the 1993 DC Comics storyline which created fan favorite '90s Anti-Hero Hitman