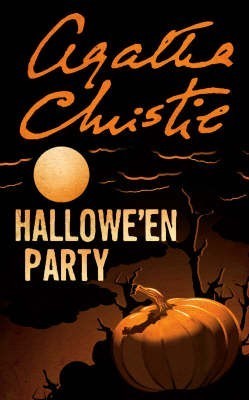 Hallowe'en Party is a murder mystery novel by Agatha Christie, featuring detective Hercule Poirot. It was first published in 1969.

Hercule Poirot is called in by his novelist friend Ariadne Oliver who attended a Hallowe'en party at the home of Rowena Drake in Woodleigh Common, at which 13-year-old Joyce Reynolds has been drowned in an apple-bobbing tub. Joyce had earlier told everyone that she had witnessed a murder but didn't recognise it as a murder until a year later. Investigating the murder, Poirot compiles a list of recent deaths and missing persons in the area. Rowena's aunt had died, and shortly afterward, a codicil in her will favoring her au pair girl Olga Seminoff was found to be a forgery, after which Olga had disappeared. Other recent murder victims included a shop assistant, a schoolteacher and a lawyer's clerk. Ariadne's friend Judith has a daughter Miranda, who was Joyce's closest friend, and may be able to shed light on the mystery.

Hallowe'en Party received an adaptation in the twelfth season of the television series Poirot in 2010, starring David Suchet. Tropes for the adaptation can be found on the series page. A second adaptation, the third film in a series by director Kenneth Branagh is in development

under the title A Haunting in Venice.