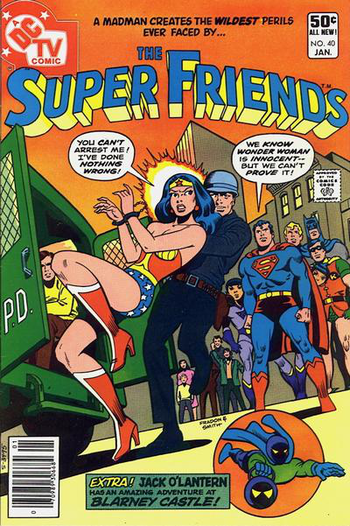 "It is more important that innocence be protected than it is that guilt be punished, for guilt and crimes are so frequent in this world that they cannot all be punished.
But if innocence itself is brought to the bar and condemned, perhaps to die, then the citizen will say, 'whether I do good or whether I do evil is immaterial, for innocence itself is no protection,' and if such an idea as that were to take hold in the mind of the citizen that would be the end of security whatsoever."
― John Adams
Advertisement:

This trope covers when an innocent person goes through the justice system, but for whatever reason is found guilty. The reasons can often include corruption in the system, a Frame-Up, or misleading circumstantial evidence. In Real Life, it can include bad eyewitness evidence; in fiction, it's more likely to be a false witness or a lying eyewitness. In both, it is not uncommon to see overzealous prosecutors who may focus more on their record of getting successful convictions than guilt or innocence.

This can be the premise of a story, leading into Great Escape, Boxed Crook, Clear My Name, and many other plots, or it can be a Downer Ending if it overlaps with Acquitted Too Late. At the most extreme, it can explode into a Rage Against the Legal System.

The inverse — an Obviously Evil and guilty person going free — isn't this trope, but a Karma Houdini situation that falls under one of a number of tropes depending on how they escaped justice; Off on a Technicality is the most common, but sometimes it can be a result of Diplomatic Impunity, Screw the Rules, I Have Money!, Screw the Rules, I Have Connections!, an Insanity Defense, Not Proven, and so on. Also, has nothing to do with a pregnant woman having a miscarriage due to bad karma.

See also Guilty Until Someone Else Is Guilty and Kangaroo Court, which may relate to this.