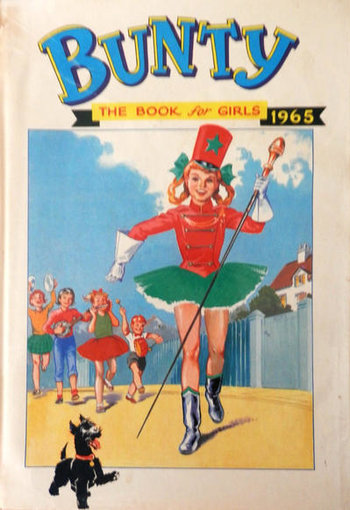 Bunty was a British comics anthology for girls published by D. C. Thomson & Co. from 1958 to 2001. In contrast to earlier and contemporary comics, it was aimed primarily at working class readers under the age of 14, and contained mostly fictional stories.

It was at one point merged with Mandy.