Rage Against the Legal System 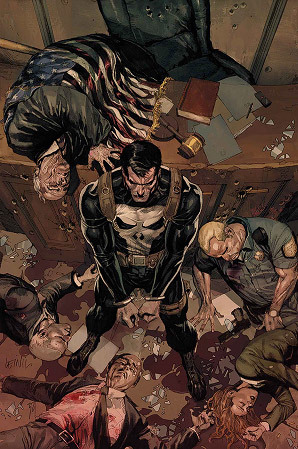 So you've been caught and punished for robbing a bank, assaulting someone, or driving slow in the fast lane. What do you do? Some quietly accept their punishment. Some actively work to rehabilitate themselves and make up for their wrongdoing during and after paying their debt to society.

Others decide to go on a Roaring Rampage of Revenge against the justice system for punishing them.

Usually, the criminal doesn't see whatever they did as being wrong; they see the police, the prosecution, the judge, and so on as being responsible for their predicament and thus need to be punished for this. The revenge usually includes (but is not limited to) the informers who ratted them out, the police who arrested them, the prosecutor who prosecuted them, the witnesses who testified against them, the jurors who convicted them, the prison guards who incarcerated them, and the judge who sentenced them. What's worse is that they may also go after the families of the above.

A frequent variation is when a criminal is acquitted or released from prison early to kill again and a relative or lover of the victim goes on a rampage against the judges, lawyers, police officers, etc. as well as the criminal.

This can be Truth in Television. It might potentially be considered justifiable in-universe if the authorities are corrupt or outright evil and have framed the protagonist for a crime he did not commit, especially if they serve a tyrannical and oppressive regime. However, invoking this trope is considered a Moral Event Horizon in the eyes of the law and society. Under almost any system of government, crimes against officers and officials of the legal system are punished harshly, and penalties can go Up to Eleven if they were motivated by revenge. Even where the perpetrator is innocent or actually has an excuse for what he does, acting like this will typically result in viewers considering him an Anti-Hero at best.

Can overlap with Revenge by Proxy and Revenge Before Reason. Often overlaps with Cop Killer. See also Cop Hater for general hatred towards the law rather than directly attacking it. Can be a result of Miscarriage of Justice or Acquitted Too Late (if a loved one of one who was wrongly convicted does this).

Completely overhauls the Parisian police system with his own brand of justice in retaliation for being unjustly fired. The local cops just go along with it. Then again, if he could control their bodies, it was that, or be made to do it whether they liked it or not.

Completely overhauls the Parisian police system with his own brand of justice in retaliation for being unjustly fired. The local cops just go along with it. Then again, if he could control their bodies, it was that, or be made to do it whether they liked it or not.