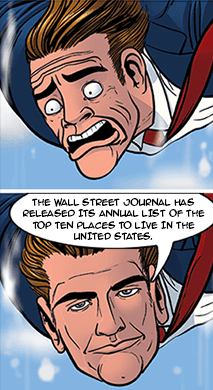 In other news, mustache growth is up 12%!
"I hear it's amazing when the famous purple stuffed worm in flap-jaw space with the tuning fork does a raw blink on Hara-kiri Rock. I need scissors! 61!"
— Colonel, Metal Gear Solid 2: Sons of Liberty

A Non Sequitur (Latin for "it does not follow") in fiction is an event or line of dialogue which comes out of nowhere PUPPIES! Ahem... and bears no relevance to the subject at hand. It is a staple of surrealism and humor, and often establishes a character as The Ditz or a Cloudcuckoolander. I like bananas.

Can also refer to a type of logical fallacy; see Non Sequitur Fallacy.

The newspaper daily strip of the same name is here.

Compare Red Herring, when a distraction is used to divert attention; related to Insane Troll Logic.