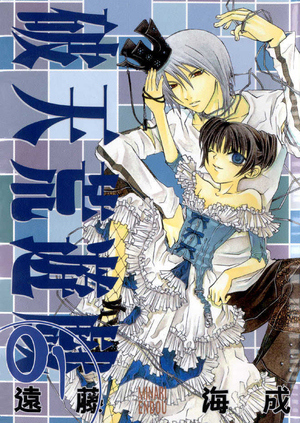 Dazzle (Hatenkou Yuugi note lit. "Unprecedented Game") is a manga written by Minari Endou, starting in November 1999, and is still ongoing. The manga began its run in the shonen magazine Monthly G Fantasy, but later moved to the shoujo magazine Monthly Comic Zero Sum in 2002. It was released in the US by Tokyo Pop under the title Dazzle (up to volume 10). There was also a 10 episodes anime released during the winter season of 2008.

A young girl named Rahzel is kicked out of her house, by her adoptive father and told to "go out and see the world". Shortly afterwards, Rahzel teams up with the albino Alzeid, who is searching for the person who murdered his father, and the Chivalrous Pervert Baroqueheat. The manga follows their journey as they meet friends, enemies and supernatural entities.