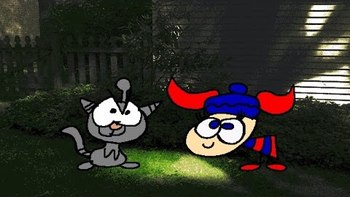 Instead of having a coherent plot (or, rather, a coherent anything), the animations are adaptations of dreams Lenard has. And it shows.

The whole series can be found here