Video Game / Scarface: The World Is Yours 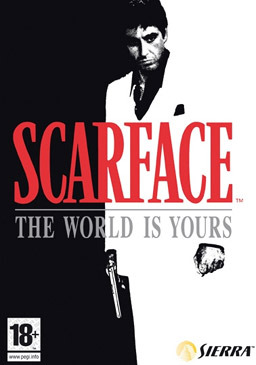 Scarface: The World Is Yours is a Wide-Open Sandbox game based on the movie Scarface (1983), developed by Radical Entertainment and published in 2006 by Vivendi Universal Games.

Warning: Late Arrival Spoilers for the film ahead!

The game is a pseudo-sequel to the movie, and involves a What If? scenario where Tony Montana (voiced by André Sogliuzzo) engages in the climactic shootout that ended the 1983 film, except this time Tony survives and escapes, returning three months later to build his way back up and stop Alejandro Sosa for good.