Nightmare Fuel / Scarface: The World Is Yours 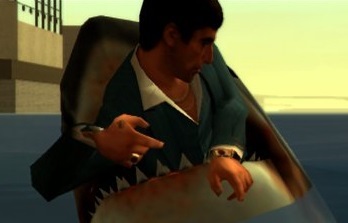 Tony went swimming too far out, and is gonna need a bigger boat. Or any boat.

Remember all the graphic violence that the film had? It's still there, but Up to Eleven.