Video Game / The Scorpion King: Rise of the Akkadian 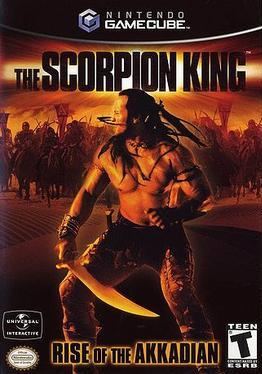 Before he became king, Mathayus was a hero.
Advertisement:

The Scorpion King: Rise of the Akkadian is a 3D Platform Game developed by Point Of View that was released for PlayStation 2 and Nintendo GameCube on September 2002, months after the release of The Scorpion King. This game is the most ambitious of the two tie-in games based on the film, as this game serves as a prequel to it. It notably has Dwayne Johnson voice Mathayus, reprising his role from the film.

Tropes relating to the game include: