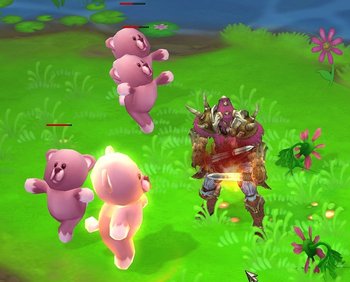 A level that feels rather out of place in a video game, in that it goes against the theme of the game and even clashes with the established story and setting. Oftentimes these tend to be secret levels, but sometimes these are a normal part of the game, reachable through normal progression or level selection.

Not to be confused with Gimmick Level.