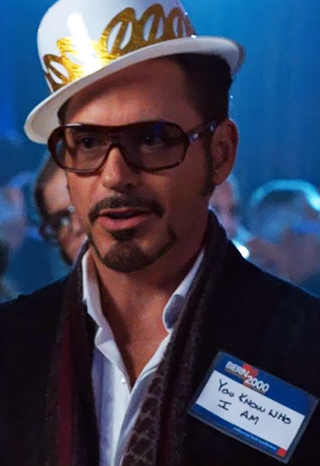 Tony Stark takes Just a Face and a Caption to new heights.
Advertisement:

Characters who don't respect authority and/or formality, yet are obliged to wear name tags, will write something witty and/or obnoxious in place of their name. Just how witty or obnoxious can provided a visual clue to how irked the character might be about being required to wear one. Alternately, another character may deliberately fill in someone else's name tag in a way that will humiliate them.

Often involves either a Shout-Out or an Unfortunate Name or Punny Name of some kind. If the name tag is intended as actual identification, see Badge Gag. Contrast with Real Joke Name, which is when the character's real name is played for a cheap joke.