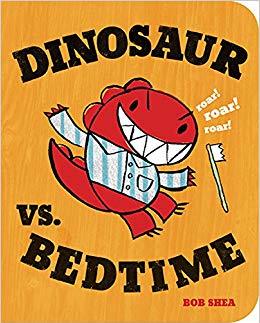 Dinosaur vs... THIS PAGE!
Advertisement:

Dinosaur vs. is a series of children's books by Bob Shea. The series focuses on a young (he's just starting preschool) red dinosaur who is named simply Dinosaur and who appears to be adopted by a human couple (he refers to the female as "Mommy" in "Dinosaur vs. Mommy".)

Dinosaur vs. provides examples of