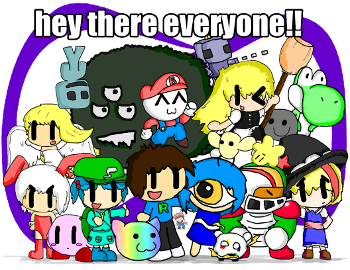 (real name Samuel Tanguay) is a long-running personality in the Let's Play community, known and loved by many for his Non Sequitur commentary and pleasant-yet-amusing voice. He became a YouTube partner on March 17, 2011.

has also created and maintained a list up to Escape Goat.

Tropes that apply to raocow: