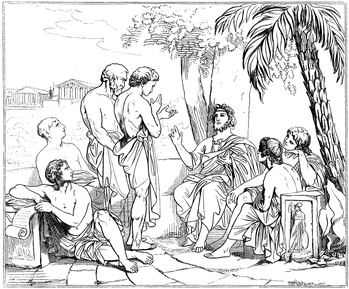 Note: Only list tropes that frequently show up in philosophical discourse or only exist because of philosophical schools of thought, not just because they could be philosophical under some circumstances and in no case any random character tropes. Also check the sub-indexes and see Useful Notes on Philosophers.

Tropes about philosophers and philosophical characters:

May lead to a

Other tropes that relate to philosophy and subversions: