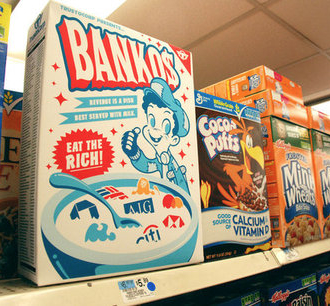 Part of a balanced breakfast.
"When the people shall have nothing more to eat, they will eat the rich."
— Jean-Jacques Rousseau
Advertisement:

A Stock Phrase and concept used to encourage the vilification of wealthy people.

Frequently, the phrase is used to metaphorically advocate a class uprising or revolt among the lower and working classes against those viewed as Evil Aristocrats and Corrupt Corporate Executives—the Have Nots taking from the Haves. Occasionally, that metaphor is accompanied by language and imagery that literally suggests eating the rich.

Contrast Kill the Poor and No Poverty.