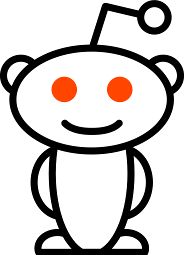 Snoo, the time-traveling alien mascot of Reddit.
"Dive into anything"
—Reddit's Motto
Advertisement:

Reddit is a very large news aggregator similar to Digg or Fark. Its structure is based around "subreddits", separate topic-specific aggregators which can be easily created.

Although Reddit isn't a wiki, The Wiki Rule is in full effect here, since users have the power to create their own subreddits on pretty much any topic. In fact, it is probably because of this very aspect of Reddit that it has proven to be actually more addictive than TV Tropes. Don't believe us? Here,

try it for yourself, but don't say we didn't warn you.

And yes, there's a TV Tropes

subreddit (although you might already have noticed that if you're on desktop and you pay attention to the sidebar).

open/close all folders
A to C
D to F
G to I
Advertisement:
J to M
N to P
Q to T
U to Z
load more tropes