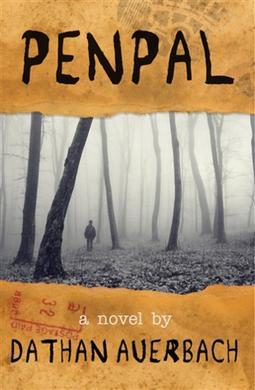 How much do you remember about your childhood?
Pen Pal started as a series of short stories by Dathan Auerbach about the childhood of one young man (unnamed in the stories, called "Dathan" out-of-universe) that were posted as an online horror story on Reddit. It quickly drew popularity from its readers and soon there were illustrations, audio recordings, and short films made of it. Then it was revised and expanded to be turned into a full length book.
Advertisement:

The story of Pen Pal is a young man, in an attempt to understand his childhood, investigates seemingly unrelated, strange, horrifying, and soul-crushingly tragic events that occurred over the course of his life. Beginning from his early days in kindergarten and persisting well into his teen years, he discovers that these incidents are actually connected as a single frightening tale that have molded his entire life and affected everyone around him. Ever played in the woods a little too long after dark? Ever had the feeling that you were being watched, and by someone with less than noble intentions? Do you remember the first friend you ever made and how strong that bond was? Well, then Pen Pal has something for you, and it is a journey you won't soon forget. Though, you might just try, anyway. Also, make sure to bring a box of tissues.

The original Creepypasta can be found here

The book is available here

You can listen to an online dramatic reading here

, by Mr. Creepypasta of The Midnight Society.

Pen Pal has examples of: