I Was Quite a Fashion Victim 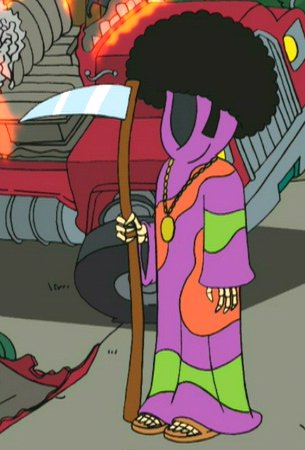 When an old, embarrassing outfit is spoofed In-Universe.

People can get caught up in the fashions of a certain time, and just cringe thinking about it later on. This can be any time, but usually it's about the decades immediately before most present-day works. So in The '90s and the early 2000s, The '70s and The '80s were the most popular subjects for this, but now those later decades are slowly becoming this.

Often shown during a home video, Embarrassing Old Photo or Flashback, where the trope can overlap with the Funny Flashback Haircut if the hairstyle was at least suitable for that age.

This is virtually universally Truth in Television for people looking back on their younger days. Remember, people: whatever fashions you think are cool/hip/trendy/stylish today will eventually look ridiculous to future generations and/or yourself some years later.

Contrast I Was Quite a Looker (when a character looked better in the past).