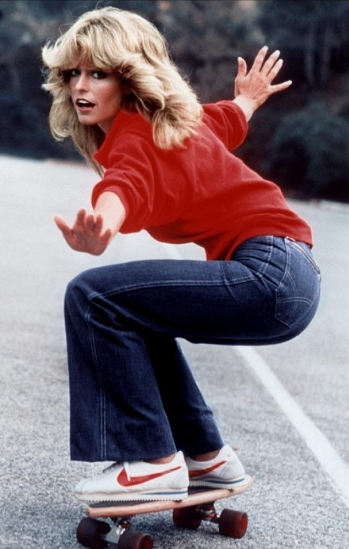 "I don't think an actor ever wants to establish an image. That certainly hurt me, and yet that is also what made me successful and eventually able to do more challenging roles."
Advertisement:

Farrah Leni Fawcett (February 2, 1947 – June 25, 2009) was an American actress, model, and artist best known for her feathered blonde hair, and her brief stint on Charlie's Angels, her marriage to Lee Majors, her relationship with Ryan O'Neal and for posing in a red one-piece swimsuit for a poster that became the best-selling pinup poster in history.