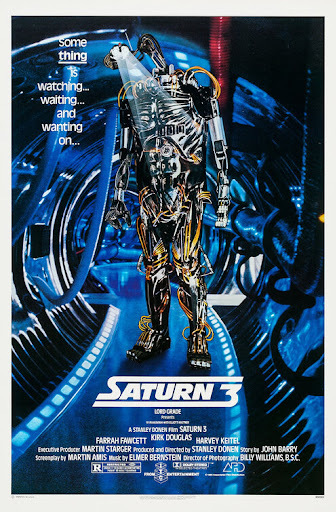 Saturn 3 note in the novelization, the moon Tethys, but in the script's case, Titan is a 1980 science-fiction horror film starring Kirk Douglas, Farrah Fawcett and Harvey Keitel.

It was conceived and partly directed by John Barry, a production designer for A Clockwork Orange and Star Wars: A New Hope. This film takes cues from both. After some sort of dispute (accounts differ), Stanley Donen (of Singin' in the Rain fame) ended up directing most of it.