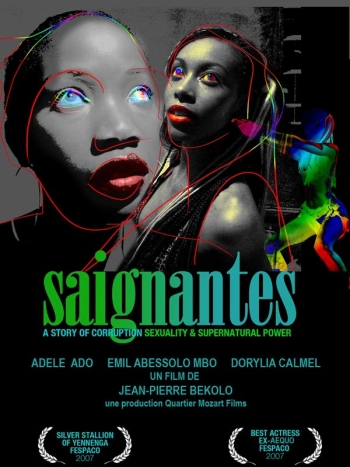 Les Saignantes is a 2005 Cameroonian science-fiction film by Jean Pierre Bekolo, although it really is like nothing else within the genre. The plot follows two young women living in a dystopic Yaoundé, Majolie (Adèle Ado) and Chouchou (Dorylia Calmel), as they attempt to hide the body of a political leader who died during sex. What ensues is a commentary on the political elite, community and womanhood, incorporating elements of Beti spirituality.