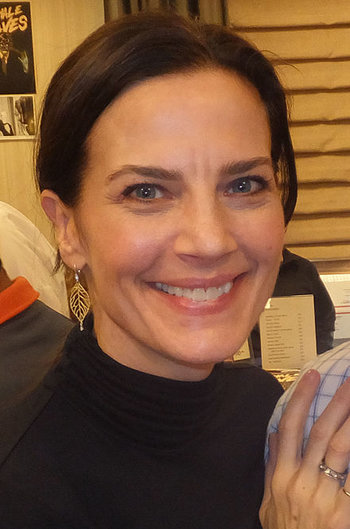 "I wanted to be like Vivien Leigh in Gone with the Wind. I wanted to have black hair, green eyes and break hearts."
Advertisement:

She is married to Leonard Nimoy's son, Adam. Leonard had played Spock on Star Trek: The Original Series.