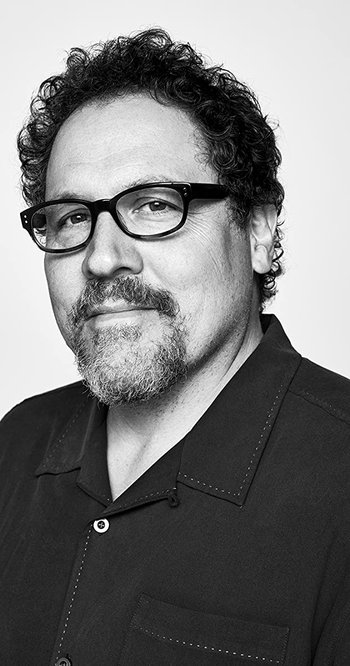 Like half the famous comedians in America, he is a Second City alum. Often works with Vince Vaughn. He kickstarted the Marvel Cinematic Universe when he directed Iron Man, and plays the role of Harold "Happy" Hogan in it additionally. His collaboration with Disney also extends to the direction of some of their animal-centric remakes ("live-action" or "photorealistic", you decide) and Star Wars, as the creator and showrunner of the franchise's first live-action TV show, The Mandalorian. He is also a "friend of the show" for Binging with Babish, in which he has appeared multiple times.

Not to be confused with the former speechwriter for Barack Obama who now hosts the popular podcast Pod Save America.

Tropes associated with Jon Favreau include: