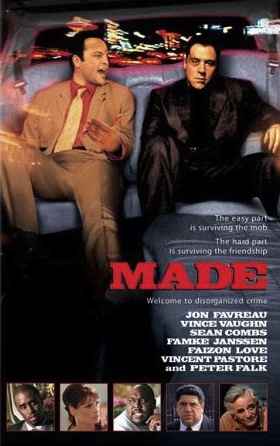 Bobby (Jon Favreau) is a down-trodden amateur boxer who spends nights escorting his stripper girlfriend Jessica (Famke Janssen). Unfortunately, whenever a client gets fresh with the girl, Bobby gets rough with the client, so his boss decides to let Bobby into his criminal enterprises. Bobby is dispatched to New York City to participate in a drop. As usual, Bobby takes the opportunity to help out his deadbeat best friend Rickie (Vince Vaughn). The pair's tumultuous relationship and clueless attempts to be New York gangsters carry most of the plot.

This 2001 film was Favreau's directorial debut, and was largely marketed as a Spiritual Successor to his and Vaughn's previous work on Swingers.