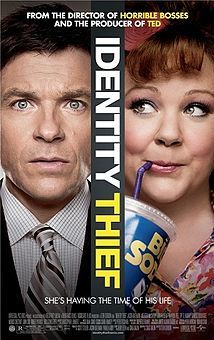 McCarthy plays the titular thief who royally screws over Bateman's character. As he attempts to bring her to justice and get his life back, she is pursued by two goons seeking money, as well as a bounty hunter (Robert Patrick).