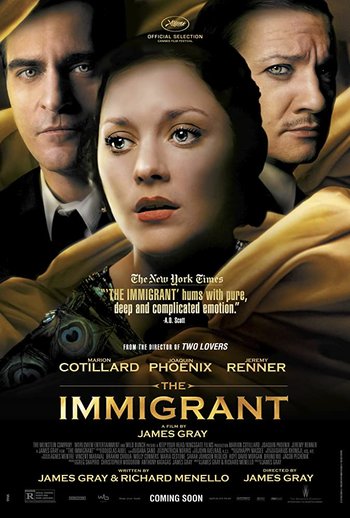 In 1921, Polish immigrant sisters Ewa (Cotillard) and Magda (Angela Sarafyan) are detained at Ellis Island, due to Magda being quarantined for her tuberculosis. Corrupt pimp Bruno (Phoenix) becomes infatuated after seeing Ewa in line at the island, and bribes one of the guards to release her. He subsequently takes her into the city and forces/tricks her into a life of prostitution, while dangling the possibility of her saving enough money to secure Magda's release. The issue becomes even more complicated when performer Orlando the Magician, who is really Bruno's cousin Emil (Renner) also takes a liking to Ewa.