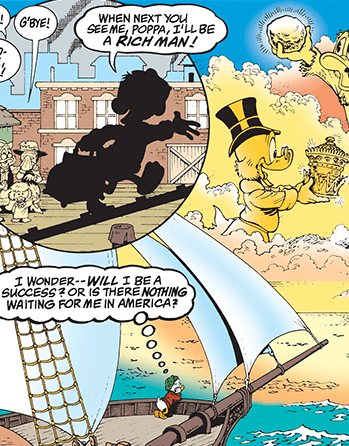 An Immigrant's Tale is simply the story of an immigrant, an immigrant family, or a refugee, coping with life in a new nation.

A very common setting is late 19th or early 20th century America, with a heavy emphasis on The American Dream, but the trope works in any time and country. A recent theme is the plight of illegal aliens and migrant workers from Mexico working in America, and Africans and Middle Easterners in Europe.

Typically includes overcoming a Language Barrier, sometimes in a fun or funny way, instances of the Funny Foreigner, and Generational Sagas.