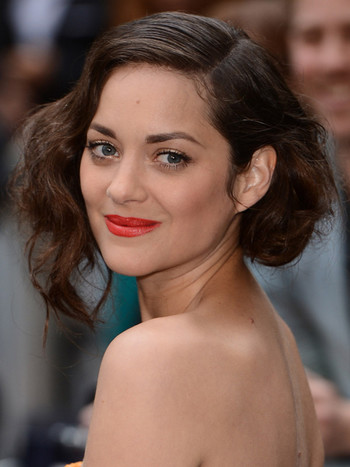 Marion Cotillard (born September 30, 1975 in Paris) is a French actress.

The daughter of playwright and stage director Jean-Claude Cotillard, she's been active on French television and in movies since the mid-nineties. She became known due to the popular success of the Taxi film series and reached national recognition with her César award for Best Supporting Actress in A Very Long Engagement, then international stardom with La Vie en Rose (for which she won the best actress Oscar). She's perhaps the favorite French actress of Hollywood since the early 2010s, having appeared in a number of high profile films including two from Christopher Nolan.

She has been in a relationship with actor and director Guillaume Canet since 2007. The pair have a son, Marcel, born in 2011, and a daughter, Louise, born in 2017.