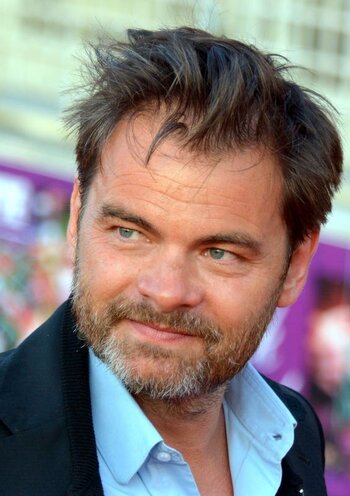 Clovis Cornillac (Born August 16, 1968 in Lyon) is a French actor and director.

The son of stage director Roger Cornillac and actress Myriam Boyer, he started acting alongside his mother at age 13 on television in 1982. He is known for the great physical lengths he can go to for some of his roles, sometimes bordering on Method Acting. His most popular films often have him play either roguish types (mostly lovable) or the often annoyed Straight Man.

He's been nominated four times at the César awards, winning the one for Best Male Supporting Role for Mensonges et trahisons in 2005, and two times at the Molière theatre awards. He is also a director since 2015 with his first film being titled Un peu, beaucoup, aveuglément.