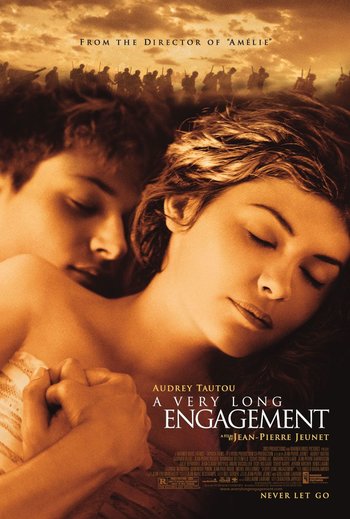 Mathilde (Audrey Tautou) was engaged to her childhood sweetheart Manech (Gaspard Ulliel) when he had to enlist to fight in the Great War. Manech tried to get excused from duty by getting his hand shot, but he was instead convicted of self-mutilation and left to die with four other soldiers in the no-man's land between the French and German trenches, and wasn't heard of again, believed to be dead.

In 1919, a few months after the war's end, Mathilde still refuses to believe that Manech is dead, and sets out on an investigation to find out what happened to him, clinging onto the hope that he's still alive. As she investigates all over post-war France, she meets people who are also connected to the five condemned soldiers, including vengeful prostitute Tina Lombardi (Marion Cotillard) and widow Élodie Gordes (Jodie Foster), and learns their stories.